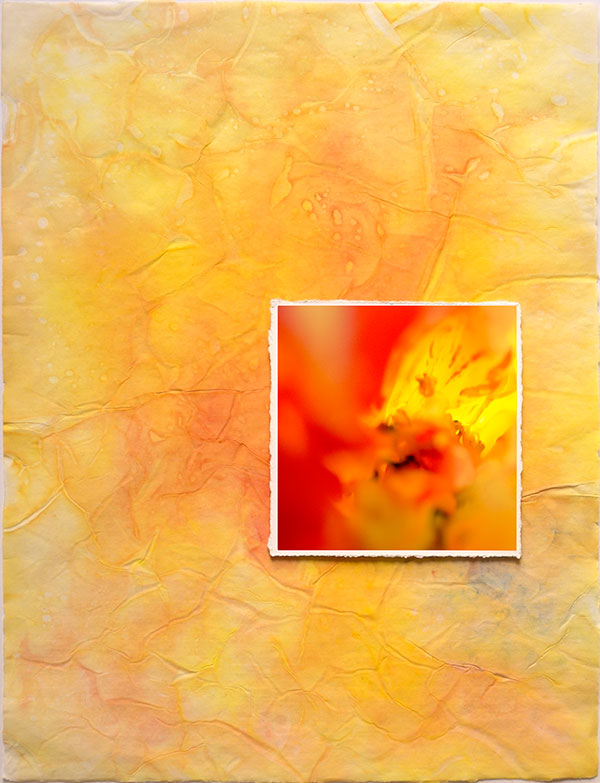 Pegasus glides across the night sky.

Hamlet saw a camel in the cloud.

In 1866, Karl Kahlbaum named the tendency for perception to impose a meaningful interpretation of a visual stimulus Pareidolia.

In Cindy’s garden, reality wilts under macro lens while shades and shapes transform to surreal storylines evoking the emotion of long forgotten past. The diversity of images elevate photography as fictitious expression of boundless imagination.

Time and distance leave marks in one’s mind which stretches constantly and unconsciously. Cindy’s conceptually evolved beings will never return to their original selves. Homecoming to where the stories began is familiar and complementary, yet never the way it was.

Human mind, where memory mingles with fantasy and reality converse with emotion, is the center of the ever-expanding universe one sees and believes. While Cindy sees a heaven in a flower, how un-universal individuals’ perceptions are for everyone. The uniqueness and freedom of imagination differentiates humans from other living organisms and advances civilization.

Thus, what is IMAGINATION? What is MAKE BELIEVE? And what is TRUTH?

In the world we live in, “TRUTH” is only what one chooses to believe.

While we refresh our website and database, this information is not up-to-date, including membership status. If you would like to know if your membership is current, or have any other questions, please contact us at registrar@junghouston.org or 713.524.8253, extension 101.

Our checkout process and online event registration are down for maintenance. Please look around and see what we have to offer. If you would like to register for an event, make a purchase, or need information please don't hesitate to give us a call at 713-524-8253 or email feedback@junghouston.org

We will be back online soon!